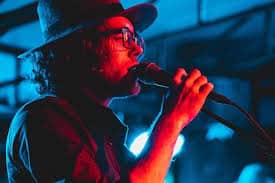 Tre’ Smith is a full time musician, out of the Hampton roads of Virginia with strong vocals, a wide range, and variety of styles. Starting at the age of 14 years old with music in the blood since birth, and having a choral music background, Tre’ began his journey along side his father, Shawn Smith, leader and CEO of Joint Therapy Band, until about the age of 18. He started working towards his solo career and became a full time musician officially March of 2019 in his early 20s playing shows all over the Hampton roads. Covering genres including reggae, country, alternative and pop with passionate original tunes from the soul.